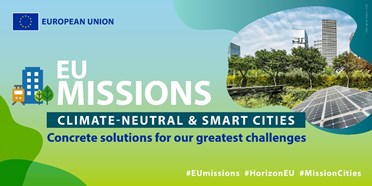 Guimarães, Lisbon and Porto were the selected ones

The European Commission (EC) has announced the cities selected to be part of the ‘100 Climate-neutral and Smart Cities by 2030’, an EC initiative that aims to respond to climate challenges. Guimarães, Lisbon and Porto are among the 100 cities that were selected from more than 370 candidates.

The chosen cities will have access to different opportunities, namely: advice and support from the Cities Mission Platform, which is operationalised through the NetZeroCities European project in the development of the so-called Climate City Contract. Access to additional funding opportunities; Funding opportunities for research and innovation; Opportunity to contact, learn and exchange experiences between cities; Supporting citizens' involvement in decision-making; High political visibility and attractiveness for investment and qualified workers.

In addition to European Union cities, 12 cities from associated countries and those in the process of negotiation have also been selected to join Horizon Europe.

ANI, within the PERIN network, supports the participation of the national community in the European Mission oriented R&I opportunities namely under Pillar II of Horizon Europe.