Chairman of the Meeting: José Marques dos Santos, Former Rector of the University of Porto. 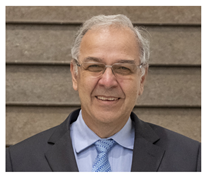 Eduardo Maldonado assumed the Presidency of ANI's Board of Directors on July 1 of 2018. With a university and research career spanning several decades, he has been a Professor at the Faculty of Engineering of the University of Porto since 1998, and is the author of over two hundreds technical publications, including complete books, chapters of books and articles in international scientific magazines.

Between 2007 and 2018, he was the National Delegate of the Strategic Committee for the FP7 and Horizon 2020 Programmes, and was attributed the role of National Contact Point Coordinator for the European I&I Framework Programme of the European Commission, within the FPPO (Framework Programme Promotion Office) regarding FP7 and H2020, at the STF (Science and Technology Foundation) and at ANI.

Prior to this, between 2001 and 2004, he was responsible for coordinating the Directorate General of Energy's National Programme for Energy Performance of Buildings, a period during which he represented Portugal in preparing the Energy Performance of Buildings Directive (EPBD), and was later the coordinator of the European Concerted Action for the EPBD's transposition and implementation (CA-EPBD) between 2004 and 2015.

He is a graduate of Mechanical Engineering from the University of Porto in 1975 and has obtained a Master's and PhD degree, in the same scientific field, from the Iowa State University (USA) in 1979 and 1982. 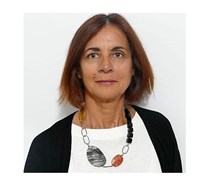 With a wide range of experience in the implementation of public policies and in the administration of programmes and projects related to innovation, entrepreneurship and valuing knowledge and business competitiveness, Filomena Egreja has been a part of ANI's Board of Directors since July of 2018.

Between 2015 and 2017, she has assumed the position of Director of Entrepreneurship and Innovation, and, through the accumulation of responsibilities, has become the Head of IAPMEI's (Agency for Competitiveness and Innovation) Department of Entrepreneurship and Financing. She has, prior to and during the year of 2008, assumed the role of Director of the Promotion of Innovation at the same institution. Between 2004 and 2007 she was Sub-director General of the former DGE (Directorate-General for Enterprises), currently known as the DGAE, and, between 2001 and 2004, was Service Manager of the former DGI (Directorate-General for the Industry).

She began her professional career in 1979 at the former INETI (National Institute of Engineering, Technology and Innovation) where she carried out functions as technician, trainee, research assistant and Head of Division until late 2001. 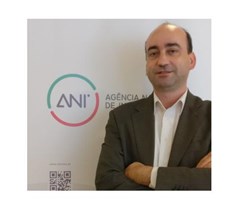 A Specialist in Innovation Politics and in Open Innovation, António Bob Santos has been a part of ANI's Board of Directors since July of 2018, having initially served as Innovation Policies Advisor at the same institution (2017/2018).

He has, since 2001, collaborated with several government entities in the field of Innovation Policies and has been a part of the team involved in the design, administration and supervision of PROINOV (Programa Integrado de Apoio à Inovação - Integrated Innovation Support Programme), of the Technological Plan, of the Digital Agenda, of Lisbon's Strategy, of the National Reform Plan and of the National Programme for Entrepreneurship and Innovation (+E+I). António Bob Santos was the innovation projects manager at UMIC (Knowledge Society Agency) and had duties in the conception of initiatives such as NEOTEC, OTIC, Centres of Excellence and also the b-on (On-line Knowledge Library), and has contributed towards management of theSmart Cities projects at the CEiiA.

He has a PhD in Economics, awarded by ISCTE-IUL (Instituto Universitário de Lisboa), the institution at which he completed his Master's degree in Business Sciences (2002) and also his Degree in Economics (1998). António Bob Santos was also a Master's Degree guest lecturer at the Polytechnic Institute of Santarém (2008-2012) and ISCTE-IUL (2017/2018). 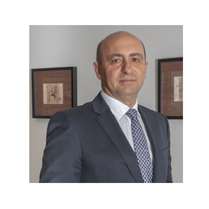 Nuno Mangas assumed the Presidency of IAPMEI (Agency for Competitiveness and Innovation) in June of 2018. He had been the President of the Polytechnic Institute of Leiria (IPLeiria) for 8 years, a role that he had accumulated, since 2016, with the role of Presidency of the CCISP (Coordinating Council of the Higher Polytechnic Institutes). He had previously been the Vice-president of NERLEI (Leiria Region Business Association) and of IPLeiria.

From his vast professional experience, his role as member of the Work Group for the Oversight and Implementation of the Programme towards the Modernisation and Valuing Education in Polytechnic Institutions (nominated by the Minister of Science, Technology and Higher Education) should be highlighted, as should his role as a teacher of higher education (Coordinating Professor at IPLeiria).

She occupied several positions related to academic and scientific administration and coordination in entities pertaining to Universities, Polytechnic Institutes and Research Institutions. From 2007 to 2011, she was Vice-chancellor of the Technical University of Lisbon, and from 2011 to 2012 she served as the Dean of the same University. From 1989 to 1992, she was Pro-Rector of the University of Algarve and president of the Founding Committee of the Aquatic Resources Science and Technology Unit of UAlg. She was also president of the Founding Committee for the Escola Superior de Tecnologia of the Instituto Politécnico de Faro and president of the Instituto Superior de Agronomia’s Scientific Council. From 2008 to 2010, she also presided over the AMONET Association (the Portuguese Association of Female Scientists).

Her field of research has been forestry and forest-based products, including bioenergy and biorefineries, from an integrated and multidisciplinary standpoint. Her academic guidance activity encompasses 30 doctoral theses, several post-doctoral programs and a large number of master's degree theses.

She is the author of over 300 international scientific publications and two international patents, one of which was a finalist for the European Patent Inventor Award 2013. She has experience in coordinating cooperative, multidisciplinary and multi-institutional research and projects development in 8 European projects and 20 national projects. She has received several scientific and academic accolades, namely the ULisboa/Santander Scientific Award (2016), ISA 100 year Merit and Distinction Award (2011), UTL/Santander Scientific Award(2008), Académie Amorim Award (2008), EID Transfer (2008) and Entrepreneurial Creativity Award (2008) from the UTL, and the FCT Award of Excellence (2006).

She assumed the Presidency of the FCT in April of 2019. She had previously carried out the role of Vice-president, and was also a coordinator of the Thematic Agenda for Research and Innovation on the subjects of Food and Agriculture, Forests and Biodiversity. She also collaborated with the FCT as a surveyor for several tenders. She had also several times been a project surveyor for the European Commission, the National Agency of Innovation and the National Institute of Agricultural and Veterinary Research. She was born in Coimbra, in the year 1949.