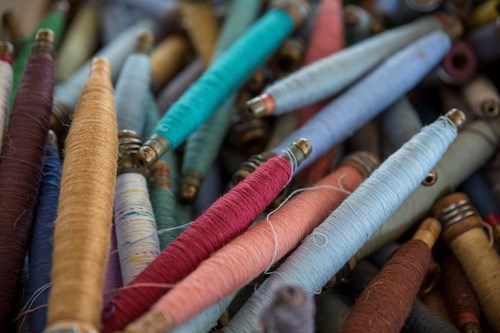 Wearing clothes made from cork or clothes coloured using plants and mushrooms can become a reality thanks to projects by Sedacor and Tintex. Both of the companies’ projects, which are both supported by the ANI, won the Techtextil Innovation Award. It was the first edition of the largest world innovation prize in the textile sector in which Portugal was distinguished.

Sedacor's product, which won the award in the “New Material” category, is a thread coated with micro cork additives that can be used in sectors such as interior textiles, clothing, footwear and fashion, upholstery or even mobility accessories. Compared to a cork-less cotton thread, Sedacor's thread is more resistant to tearing and stretching, wear and tear and piling. Furthermore, it is more durable against household washes and drying and has antibacterial properties.

This is the result of an Co-development R&D project and a Co-development Demonstrator project which are both supported by the ANI and co-financed by the European Regional Development Fund (ERDF) through COMPETE and COMPETE 2020 respectively.

The main objective in the “Cork-a-Tex” Co-development R&D project, carried out between 2014 and 2015, was the research and development of textile materials (threads and fabrics) that incorporate cork waste in the form of nano/micro cork additives.

In a second phase, the co-development Demonstrator project “Cork-a-Tex-Yarn”, developed between 2016 and 2018, achieved scalability, optimisation and industrial validation of the concept.

Supported by a consortium led by Sedacor and which integrates Têxteis Penedo, the Faculty of Engineering of the University of Oporto and the Technological Centre for Textiles and Clothing (CITEVE), and resulting from a R&D investment of around 850 thousand euros, the product takes advantage of waste cork, giving it a new purpose, based on the logic of a circular economy.

An international patent is in the process of being completed and the business partners - Sedacor and Têxteis Penedo - are already industrialising this new material through an investment of more than two million euros and it is expected to be available on the market in 2019.

The “Picasso” project, which developed a sustainable dyeing process, won the award in the “Sustainability” category. Led by Tintex, two Interface Centres, recognised by the Ministry of Economy and supported by ANI, CITEVE and CeNTI - Centre for Nanotechnology and Functional and Intelligent Technical Materials, as well as the companies Ervital and Bioinvitro, participated in the project.

Tintex has developed a dyeing process which is based on the extraction of natural composts, mushrooms and plants, which, in addition to taking advantage of Portugal’s high biodiversity, also provides an alternative to the artificial dyes used in the textile industry.

The use of natural products to colour the clothes can also give the products an aroma that repels mosquitoes, as well as provide antioxidant and antimicrobial properties, which contribute to a greater ecological value.

Co-financed by COMPETE 2020 and supported by the ANI under the TR&D Incentive System, the Co-development Project involved an eligible investment of 816 thousand euros.

Among the seven winners, the 2019 edition of the Techtextil Innovation Award distinguished yet another Portuguese project. The "E.caption 2.0" was the winner of the award in the “New Application” category and was developed by the University of Beira Interior with the collaboration of the Telecommunications Institute of Aveiro, which is a radiation protective jacket for telecommunication technicians who carry out maintenance on the dishes.

The Techtextil Innovation Award is the distinction awarded during Techtextil, one of the largest events in the textile industry worldwide, which takes place annually in Germany.